Care Packages for Our Sailors, Soldiers and Airmen can brighten an otherwise dark day.

Use this area to share ideas and addresses for Care Packages!

Let's Have a Clearing House for Care Package Ideas and Addresses

Many of us send care packages to our sons and daughters scattered around the globe. Often we would like to do more....

I thought we might use this space to develop ideas of things to ship to our troops protecting our freedom. Also we might look at setting up a list of addresses that we could use to ship to. It is Girl Scout cookie season and I know one of our members sends cookies to troops all over. I've sent phone cards to combat areas through the USO so our soldiers could call home for the holidays. I'm sure there are hundreds of ideas out there....lets support our troops by sending them the things from home they miss and to let them them know that America supports them. 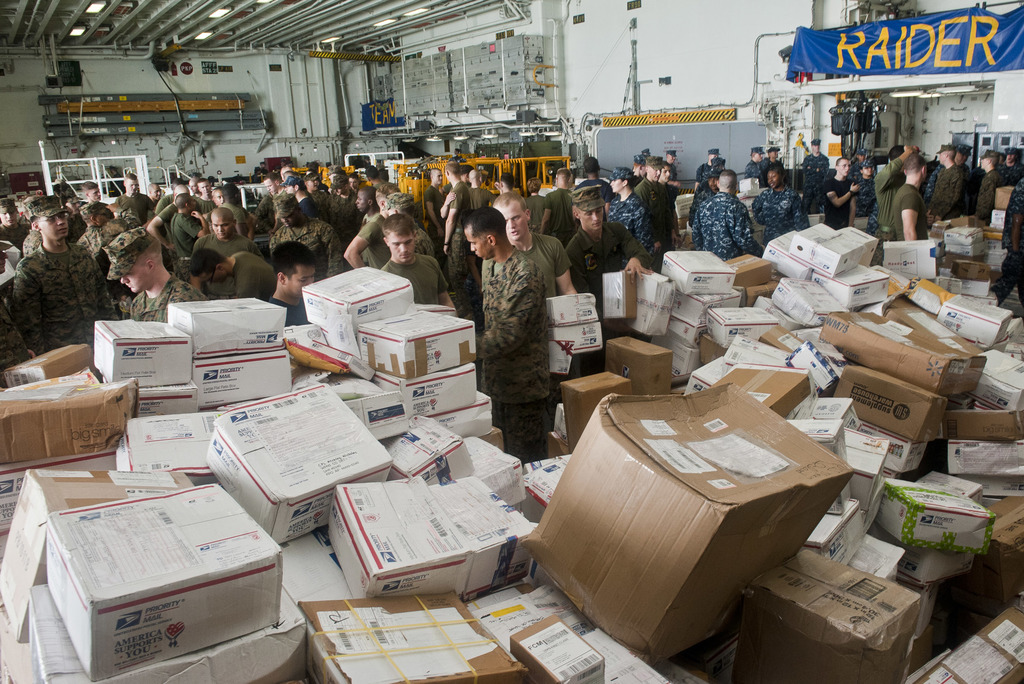 I've had some requests for the care package label template: 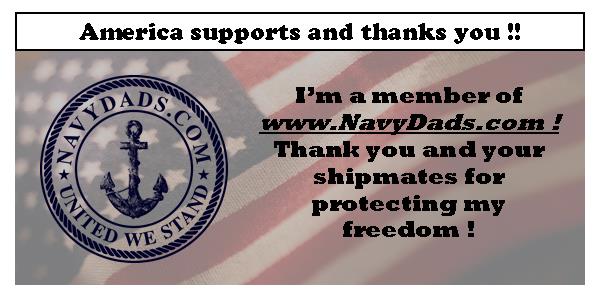 and the PDF for it: NavyDadsLabelversion2nosignature1-5.pdf

Use this .zip file for PDF version  ND%20labels.zip

9-Digit ZIP Code is Key to Getting Mail...

Seabee aquire an APO or FPO address while they are deployed?

You need to be a member of Care Packages to add comments!

Items mailed through Military Post Offices to international, non-U.S. addresses will be exempt from the computerized customs form requirement pending software updates expected to be completed "during the month of March," it said.

"Customers should be prepared to start using the new forms as early as mid-March," Bill Hilsher, U.S. Army Europe chief of postal plans and policy, said in a statement.

Customs forms, including PS Forms 2976, 2976-A and 2976-B, are used by foreign authorities to clear mail and, if necessary, assess duty and taxes, when accepting a package into their country. Incorrect forms can result in the wrong taxes being levied.

Related: Military Working Dog Stamps Coming to a Post Office Near You

After the change, postal customers will have to use PS Form 2976-R, "USPS Customs Declaration and Dispatch Note," or fill out a worksheet that postal clerks will use to input their information into an electronic system.

Officials warned postal customers that, once the change is implemented on bases, it could lengthen waiting times at the post office.

"We ask for customers' patience and understanding if the policy change causes longer wait times at the counters," Chuck Sharpe, IMCOM-Europe postal operations branch program manager, said in a statement. "We will continue to do everything we can to support their needs as we implement this new policy."

USPS announced that it would accept only computer-generated forms earlier this year. It warned that, after March 6, any packages with a handwritten customs declaration form would be returned to the sender, unless covered by the short-term military exemption.

More information on international mail can be found on the USPS website here.

2. If you are paying your own postage, you will have to take your care packages to the post office where they will generate the 2976-R form.

3. If you are using pre-paid boxes, go the USPS website and click on "International". From there you can generate an APO/FPO customs form.

Thanks for the post Paul... Yes, the group has been very quiet!

I will have a long 4-day weekend over Thanksgiving and plan to make a mass production of jerky to send out in care packages to deployed sailors as well as my son who is on the east coast.

Thank you for the link to the Caddy's.  I went online yesterday and purchased a couple to include in my holiday care packages.  As I have done in the past, I also want to send some phone cards and would like to know where and what type you have purchased for your contributions to our sailors?  The bulk AT & T cards I've purchased in the past didn't appear to be available online anymore.  Maybe I just missed finding them.

check this out- I sent one but Eric managed to never tell me how he liked it--- http://www.fleetsheets.co/store/p6/Fleet_Sheets_Curtain_Caddy.html

That's correct Paul.  My Sailor is not scheduled to deploy until 2016. I still send him packages, but they don't contain the same stuff as I would send to the ship...

No one in the group must be sending out care packages......no posts in almost a year....all your sailors must be stateside!

How to Make Your Sailor the Ultimate Holiday Package