Ship 5 Wanting to go back to Training

Our son worked hard to prepare for boot camp during the lockdown. He created a work out room on our front porch when school and gyms closed down. Kept a strict daily schedule for himself of keeping up with current events, studying nutrition and health, helping out the family, and working out, even though he could have slacked off with no requirements imposed on him except that we don't let the kids sleep past 8AM.  He also convinced his best friend to join and they went running together. He is a natural born leader. Previously, he started a workout club at our local high school, was a team leader in his basketball team, and the only male in the advanced classes. He was made to be a Sailor and planned to advance through the ranks and retire from the Navy.

That all came crashing to a halt when he had what can only be described as an "out of body experience" where against his better judgement and against his will, he stood up during the MOT and "confessed" to taking an antihistamine for a stopped up nose. He had already passed the physical fitness test and was going to be awarded the bonus for that. He also has a total of around $30,000 in bonuses for his job and referring his friend.

We haven't received a call in over a week, (the only call that we received was from his surprised and disappointed recruiter. We were all stunned into silence and then tears also.), but we did receive a letter from him apologizing and explaining that he is appealing, and will wait as long as it takes, and do whatever he has to do, to get back to training and become a sailor. He has had a spiritual renewal, so he is reading the Bible and praying every day, keeping his bunk made, reading "Killing Patton" by Bill Oreilly, Writing in his journal, working out in the back of the large windowless room (with over 200 other guys), and trying to follow all of the rules. He does have friends of people there for medical release at least, but he says that he is the only one trying to get back to training. We were very relieved to get that letter and hear that he hasn't given up.

Is there any advise? I did speak with someone at Legal who said that it is not uncommon for recruits to be sent back to training because the Commander doesn't WANT to send these guys home. But, that it all depends on what he said (we didn't know at the time). In Brendan's letter, he said that the legal team felt good about his chances of getting back in. I also sent Brendan a letter requesting for him to sign the waiver so that we can receive info. Besides, that is there anything that we can do to assist with the appeal? Would it help to send proof of his good character and achievements, and/or references? He is hoping that since he has so many bonuses they will just choose to punish him by taking money from him. He doesn't care, he just wants to get back in.

Thank you for reading all of this, and for your previous emails of support. It really meant a lot to  hurting and anxious hearts.

Your son I'm sure is on a really rocky emotional roller coaster right now as are you. We have learned through the years that the less phone calls you make to legal, the better it will be for him. At this point, the folks at RTC consider the recruits as adults and capable of making adult decisions. This is not to say you may be called upon for medical records, etc...

I only hope that his appeal stands and he can get back to training.

Best of luck to you and your son. Keep your phone handy and on at all times. You never know when the next call may come.

Thankfully, we had a positive outcome after our son was sent to Ship 5.    Initially, I was actively communicating with Legal.    Whenever my son met with Legal, he was permitted to call home and fortunately, I did not miss a call and was able to speak with both Legal and our son.    It became clear to me early on that I needed to step back and let RTC personnel review the situation.   I agree with Jim.

We cautioned our son to stay positive and professional while assigned to Ship5.    Fortunately, he was permitted to return to training.    He continues to serve.      I remember the emotions associated with our experience.     Praying for your son, your family, and a positive outcome.    Be well.    Sincerely, Pat Doherty

Thank you so much for this very encouraging reply!. Fortunately, we heard from him today. He is very hopeful that he will be going back to training soon. He has received a lot of encouragement that would be the case. He said that he has been told that worse case scenario would be re-enlistment, which he would be willing to do, but he really hopes to just go back to training. He said that he was doing really well, and enjoying Boot Camp, and that he had the fastest mile.

He will be able to call out on Tues. and Thurs. until he (hopefully) goes back to training. Thank you so much for everything!

Patience and prayer.............gosh, how much comfort they bring - even before our present times......    I was thankful that our family did dot the i's and cross the t's regarding our son, Michael Christopher, during the enlistment process.    I was more than thankful when our Navy reviewed our son's circumstances and offered him the opportunity to return to training.   The burden on him - to succeed.    We, as parents love and advocate.    If our child is committed, organizations and people recognize see that.    Upon Michael's return to Boot, he was appropriately, 'put to training', and prevailed.  (His subsequent recollections were cute and I am thankful to the RTC's.)   He overheard one to say, "hmmmm, He wants to be here; i am surprised."   Please encourage your Son to keep his chin up, his heart positive, his eyes and ears open, and mouth shut.

Blessings to your family.      Please let Ship5 now how this plays out for your family.   Our family hopes that other families feel strength when there is a hiccup along the path that may not necessarily be ultimately fatal to our child's path of service to her/his Country.     Patience.........this will take time.   Thank you very much for your reply.      ~ Pat Doherty

Thank you Pat for your timely wisdom!

Happy Update!: Received a letter from Brendan that he was sent back to training on Oct 1! He has not lost any bonuses or benefits, and this will not appear on his record.  He thanks everyone who prayed for him because he believes that the quick resolution of this issue was due to all of those prayers and Divine intervention. His graduation is set for 11/6. Thank you so much to Navy Dads for supporting us through this!

Dear Mr. and Mrs. Henry:    I have been thinking of your situation recalling the turmoil of our own until Michael Christopher was welcomed to return to training.   You know  the neat thing? - our sons who had to step away return with such resolve.....    God Bless your Family and your Son.       Thank you so very much for letting us know how it resolved.     Wonderful, wonderful , wonderful news!!!    This information has to be on Ship5 so that families understand when our Sailor Recruits do dot those i's and cross those t's, people do pay attention and the decide upon the favor of our child.      I could not be more happier for your family.    Please be well.   ~ Pat Doherty 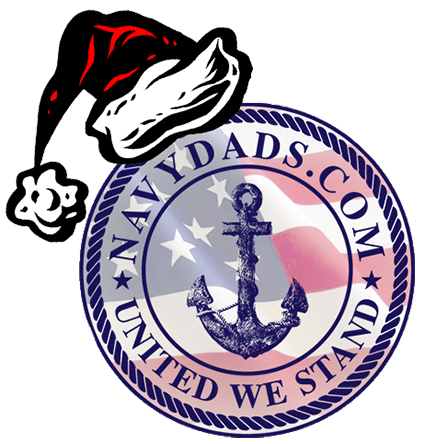