NavyDads.Com Launched in June, 2008. The NavyDads Network is rapidly becoming the leading organization for Navy Family support. Headquartered in Brandon, MS., NavyDads.Com is a computer based community that has been developed and operated by volunteers. NavyDads operating philosophy is to provide the foundation for social interaction, sharing of information / knowledge and providing the tools needed to navigate your way throughout your Sailor's journey in the United States Navy. From the first days at MEPS, to the worried days of boot camp, time spent during A & C schools and eventually on to the fleet. NavyDads mission, vision, and core values provide the structure and information needed to understand Navy life. Our mission is to provide support, encouragement, & knowledge to Sailors and their families throughout their journey together in the United States Navy. 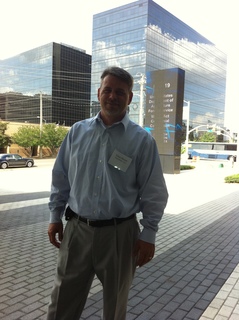 Who's making the greatest sacrifice to preserve America's freedom? It's tough to sacrifice yourself for the greater good but some would argue that sacrificing your son or daughter's is even tougher. That's why I created NavyDads.Com when my son enlisted in the Navy in 2008. To lighten the burden on the parents with children serving in the United States Navy and Marine Corps. We provide the best community for learning about Navy life for everyone but particularly the parents. We are a place for sharing experiences with others that have gone through and are going through the same thing as you. Here's the Problem? The Navy seeks to explain Navy life to parents, but it's no substitute for sharing experiences with others. Our recruits aren't necessarily a huge help either. I don't know about you, but have you ever tried extracting good information from a teenager? Sometimes the best resource is the collective resource of all parents combining what they hear or learn along the way. It's not like when they were in high school where all your son or daughter's friends are going and there's plenty of people in your area to talk to. You wake up one day and they're gone, sometimes thousands of miles away, you feel alone. And, sometimes you just need to share and reach out to others. So what do we do? We give you real-time information from others going through it, the sense that you're not alone and the opportunity to help another along. Paul (NavyDads Admin) joined NavyDads on Sept. 4, 2008 and was member # 127.  Raised in the Sierra Nevada Mountains, Paul earned a degree in biochemistry from the University of Maryland in 1977. In 1979, Paul started a 37-plus year career as chief chemist, metallurgist, and refiner for a series of world-class gold, silver and copper mining operations in Arizona and Nevada. While in Nevada Paul got married and raised two wonderful children- Eric and Kathleen (Kat). Paul returned to Arizona in 2000 where he lives today. Kat graduated bootcamp in October 2005, and was stationed on the USS Abraham Lincoln (CVN 72), home ported at Everett, Washington. She completed her enlistment early in 2010 as Mass Communications Specialist Third Class (MC3) in the Media Department. She lives outside Seattle and started college in 2011. Eric joined the Navy as well and graduated from Great Lakes in April 2007, and was stationed on the USS Theodore Roosevelt (CVN-71).  Eric (AM2) was stationed at MCBH in Hawaii  attached to HSL-37. He currently is attached to VAW-125. Paul shares a common vision with EG, Jim, Tim, Gary, and Tom for the future of NavyDads and is excited about the future of the site and with the growth potential of NavyDads. 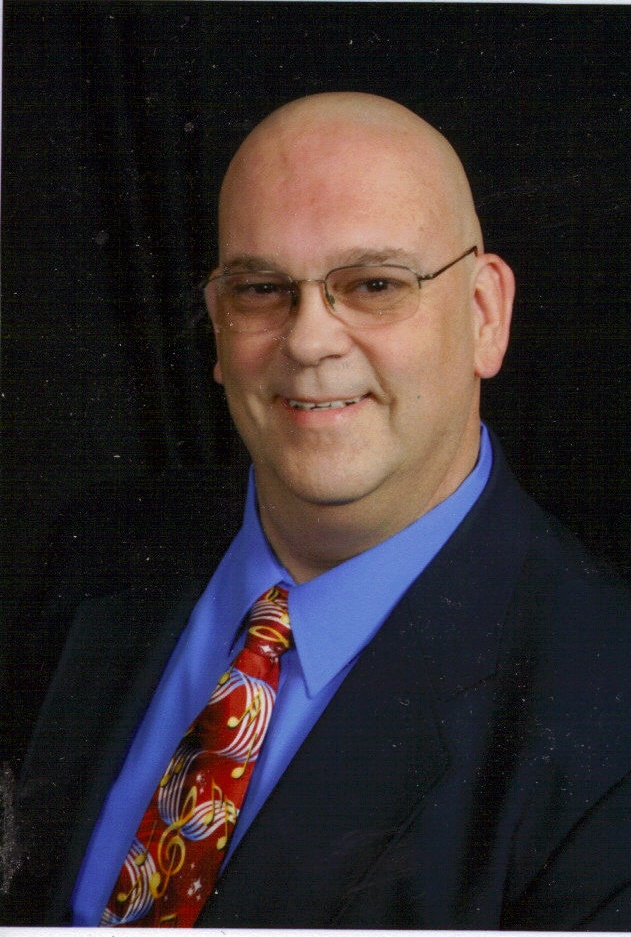 Jim is the dad of two sons, and two daughters. He has seven grand children. Youngest son, Stephen is the son that made Jim a Navy dad. Jim joined NavyDads.com on June 24, 2008 and is honored to be the first dad outside of the creators family to join. Stephen is currently an AWO2 and flies in the P-3 Orion sub hunter. He is stationed in Jacksonville, FL and is assigned to VP-45, The Pelicans. Jim has lived in South Bend, Indiana all of his life, and yes, he is a big Notre Dame fan! Jim is married to Beverly and they have been together for 30 years. Their anniversary is...9/11/1982. A date that he can't forget. He works for a home medical company and is responsible for the oxygen department. Jim is a musician and plays the trombone with the Michiana Concert Band, and the Indiana University at South Bend Wind Ensemble. Jim and Bev attend Osceola United Methodist Church in Osceola, IN. Hobbies? Music, and NavyDads.com!

Tim joined Navydads.com on January 2, 2009. Tim will be Married for 22 years on March 18, 2011 to Sherry. Tim is the proud father of 2 sons. A daughter-in-law. 1 granddaughter and another grandchild due in June 2011. ET3 Trevor Sullivan currently Stationed on the U.S.S. Rentz (FFG46) is the oldest son. Trevor graduated basic in August 2008, attended ATT and A-school in Great Lakes before moving on to San Diego for his C-school. Ethan the Younger son will leave for basic in July 2011 with plans of becoming a SWCC. Tim Loves spending time with his Wife and family, Deer Hunting, Geocaching, working with Cattle and just being in nature in general. Tim was a member for about a year and a half when talking with E.G. one night on ways to get the word out about the website more brought up the suggestion of making a Facebook page to use the social networking site as another way to get the word out to the world. Tim was asked by E.G. to be the admin of the Facebook page. 6 months later E.G. asked if Tim would like to become an Admin on the Navydads.com website and the rest is history. 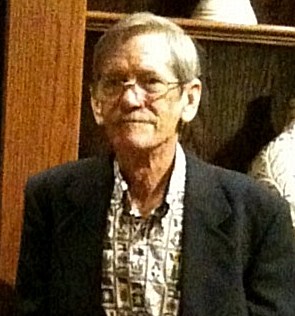 Calvin joined NavyDads.com on October 20, 2008. He joined as a typical dad, or grand dad in this case, to keep up on his grand son who is a Navy SEAL. Calvin is now a Co-Admin and has proudly taken the duties of standing watch over our SEAL group. Calvin also has one niece in the Navy (VFA-106) and an extended family member in the Marines.

Calvin and his wife Jan were wed on June 13, 1964. They reside in North Richland Hills, TX. (Just northeast of Ft. Worth) Calvin said the he claims to have lived in Texas his whole life except for a 6 year vacation in Oklahoma. Calvin and Jan have two daughters, 5 grandchildren and 7 great grandchildren. Calvin is still employed by Xerox Corp. He has been with them for the past 28 years. Calvin enjoys learning new things about the Navy such as the different rates that are available and how they all work together. 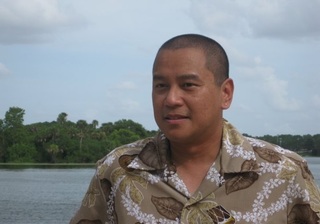 Gary joined NavyDads.com on September 9, 2011 as our West Coast Admin. He's the super proud dad of one son and two beautiful daughters. His son Oliver, the oldest of the siblings, joined the Navy straight out of high school. Oliver started as an ABH Plankowner aboard the USS Anchorage (LPD 23) stationed in NBSD. Gary has lived up and down the coast of California. Originally from Chula Vista, San Diego, he now resides in the Bay Area. Gary is married to Alexis, his wonderful wife of 18 years. Having been in the IT field ever since the inception of .Com he's completed the MCSE/MCP/MCSA tech certification training. He manages the day-to-day IT Operations on an ever growing array of technology platforms. Whenever he’s not a keyboard warrior in cyberspace he loves to lend a helping hand to others. Gary is also a strong supporter of the Gary Sinise Foundation, USO, Wounded Warrior Project and Paralyzed Veterans of America. He loves family functions, all things US Navy, everything Disney, hanging out with friends, home chef cooking, hot sauce collection, reading, traveling, live concerts, smooth jazz, casinos, fishing and going to Yosemite when time permits. Last but not least, he’s always excited and happy to see new members embark on our NavyDads.Com journey together… Hello everyone! I wanted to take a moment to introduce myself. I am the newest Co-Admin for Navy Dads. My name is Tom and I am from the South Shore of Massachusetts. My daughter finished her service as an MA2. She was a member of MSRON Team 2. She traveled the World and served aboard 2 ships....finishing with a 10 month deployment aboard the USS Carl Vinson in the Persian Gulf.

During her service, this site was able to answer countless questions that I had. The support of fellow members was invaluable. I tried to pay that forward to new members as they joined the Navy Family. I was offered the chance to take a role as an Admin to help continue the fine work of assisting our new members in their journey into Navy life. I am honored to be able to do so. I'm looking forward to meeting you all and helping you along the way. Welcome to the Navy Family !!!!

Today we mourn the loss of our friend and Navy Dad and Grand dad, Calvin Baker. All of us are grateful to have know this man. Fair winds and following seas my friend.

Rest in Peace Calvin.  We offer our prayers for your family that they may find comfort and strength during this this time of mourning.

It is always difficult to lose a family member....We have lost one of ours.....Wishing Calvin's family peace and healing....