The Master Chief Petty Officer of the Navy
(MCPON, pronounced "mic-pon") is a unique non-commissioned rank in the United States Navy. The holder of this rank and post is the most senior enlisted member of the U.S. Navy. He is appointed by the Chief of Naval Operations to serve as a spokesman to address the issues of enlisted personnel to the highest positions in the Navy. As such, he is the senior enlisted advisor to the Chief of Naval Operations as well as the Chief of Naval Personnel. His exact duties vary, depending on the CNO, though he generally devotes much of his time traveling throughout the Navy observing training and talking to sailors and their families. In 1988, the MCPON's spouse was made the Ombudsman at Large, authorizing her to travel around the fleet with her husband, representing the interests of the spouses of enlisted members.

You need to be a member of Master Chief Petty Officer of the Navy to add comments! 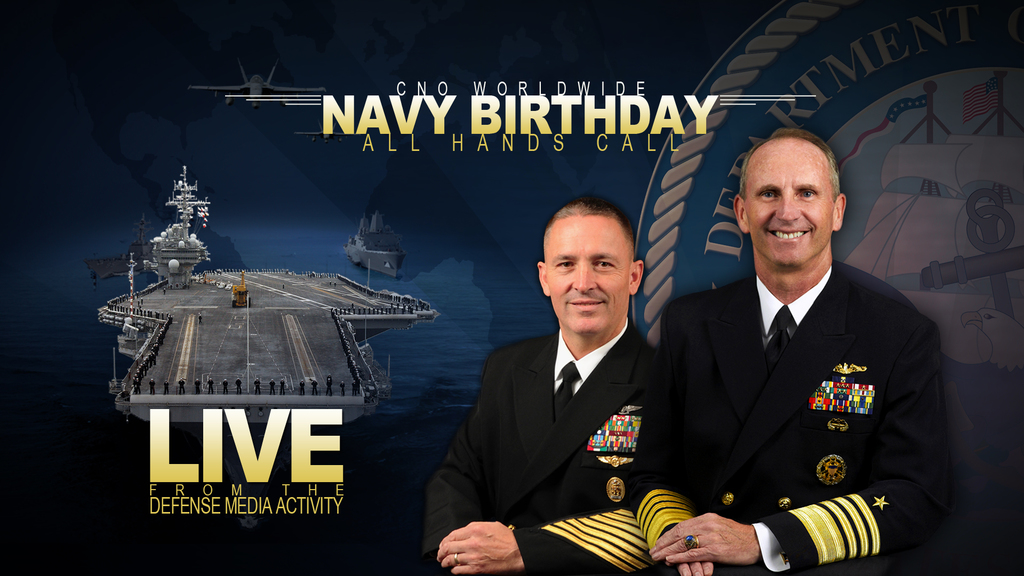 "I was extremely proud to have such a highly and fully qualified group of candidates," said Greenert. "After a thorough and deliberate process I selected FLTCM Stevens to be our Navy's senior enlisted leader and my advisor for dealing in matters with enlisted personnel and their families."

"I'm honored to have been selected as the 13th Master Chief Petty Officer of the Navy," said Stevens. "MCPON Rick West has certainly made a lasting and positive impact on our Navy. I look forward to continuing to provide the leadership and commitment that our Navy and our Sailors both deserve and expect."

Stevens has served as the fleet master chief at U.S. Fleet Forces Command in Norfolk, Va. since August 2010. His prior command master chief tours include U.S. 2nd Fleet, Helicopter Sea Combat Wing Atlantic, Helicopter Mine Countermeasures Squadron 14, and Naval Air Station Pensacola. A native of Montana, Stevens joined the Navy in 1983. He will relieve MCPON (SS/SW) Rick D. West during a ceremony Sept. 28 at the Washington Navy Yard.

"Throughout my career, and every Sailor's career, we've had chief petty officers take care of and shape us," said Greenert. "Master Chief Stevens has the leadership and experience to keep us on course and on speed. I look forward to working closely with him."

Greenert also praised West who took the helm in December 2008, citing his outstanding leadership and lifetime of dedicated service.

"I'm proud of MCPON West and what he has accomplished during his watch. His extraordinary leadership and terrific connection to the fleet has contributed greatly to our warfighting readiness and the readiness of our families," said Greenert. "His example has been a daily reminder to Sailors to live our ethos and to remember the important role families play in our successes." 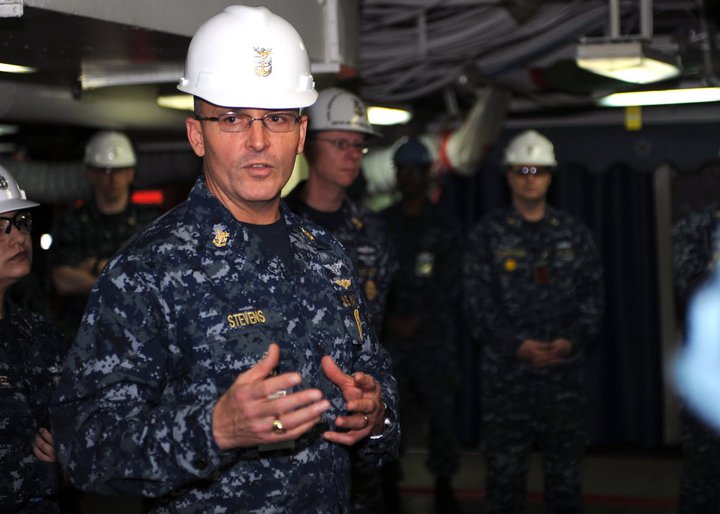