A Quiet Corner to Share Your Navy Media Recommendations with other Navy Dads & Moms.

Welcome to the NavyDads Media Center !

Share your recommendations for books and other media that you think would be of interest to other NavyDads.  I have numerous books I've read, and recently listened to via audiobook download, that generally concentrate on WWII Navy history that tell the recent combat history of the Navy and show where many current Navy doctrines and traditions have evolved from.  I find the stories compelling and make me even more proud to have a daughter that is a Navy veteran and a son on active duty and part of this long tradition of service.  Won't you share your recommendations as well?

You need to be a member of NavyDads Book Nook to add comments!

Thought I knew a little about some of the cat-and-mouse games we used to play....nope!!!  Have a new level of respect for submariners !

Oh wow. Blind Man's Bluff sounds like one of those books that would be hard to put down! My ride to work isn't that long. It would take me forever to do it on audio. 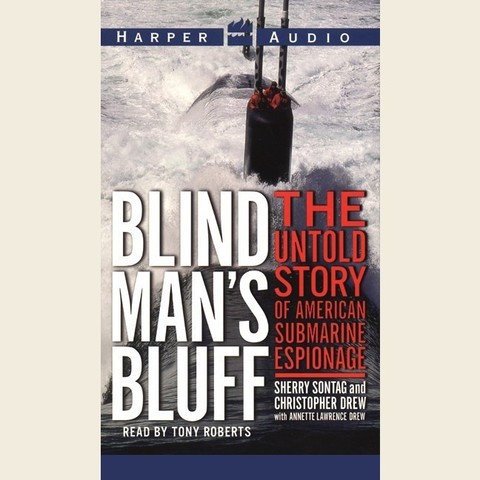 No espionage missions have been kept more secret than those involving American submarines. Now, Blind Man's Bluff shows for the first time how the Navy sent submarines wired with self-destruct charges into the heart of Soviet seas to tap crucial underwater telephone cables. It unveils how the Navy's own negligence might have been responsible for the loss of the USS Scorpion, a submarine that disappeared, all hands lost, thirty years ago. It tells the complete story of the audacious attempt to steal a Soviet submarine with the help of eccentric billionaire Howard Hughes, and how it was doomed from the start. And it reveals how the Navy used the comforting notion of deep sea rescue vehicles to hide operations that were more James Bond than Jacques Cousteau.

Blind Man's Bluff contains an unforgettable array of characters, including the cowboy sub commander who brazenly outraced torpedoes and couldn't resist sneaking up to within feet of unaware enemy subs. It takes us inside clandestine Washington meetings where top submarine captains briefed presidents and where the espionage war was planned one sub and one dangerous encounter at a time. Stretching from the years immediately after World War II to the present-day operations of the Clinton Administration, it is an epic story of daring and deception. A magnificent achievement in investigative reporting, it feels like a spy thriller, but with one important difference'everything in it is true.

One of the best combat books I've ever read: 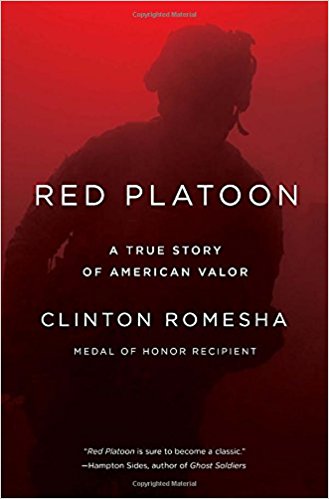 The only comprehensive, firsthand account of the fourteen-hour firefight at the Battle of Keating by Medal of Honor recipient Clinton Romesha, for readers of Black Hawk Down by Mark Bowden and Lone Survivor by Marcus Luttrell. “‘It doesn't get better.’ To us, that phrase nailed one of the essential truths, maybe even the essential truth, about being stuck at an outpost whose strategic and tactical vulnerabilities were so glaringly obvious to every soldier who had ever set foot in that place that the name itself—Keating—had become a kind of backhanded joke.” In 2009, Clinton Romesha of Red Platoon and the rest of the Black Knight Troop were preparing to shut down Command Outpost (COP) Keating, the most remote and inaccessible in a string of bases built by the US military in Nuristan and Kunar in the hope of preventing Taliban insurgents from moving freely back and forth between Afghanistan and Pakistan. Three years after its construction, the army was finally ready to concede what the men on the ground had known immediately: it was simply too isolated and too dangerous to defend.  On October 3, 2009, after years of constant smaller attacks, the Taliban finally decided to throw everything they had at Keating. The ensuing fourteen-hour battle—and eventual victory—cost eight men their lives.  Red Platoon is the riveting firsthand account of the Battle of Keating, told by Romesha, who spearheaded both the defense of the outpost and the counterattack that drove the Taliban back beyond the wire and received the Medal of Honor for his actions. 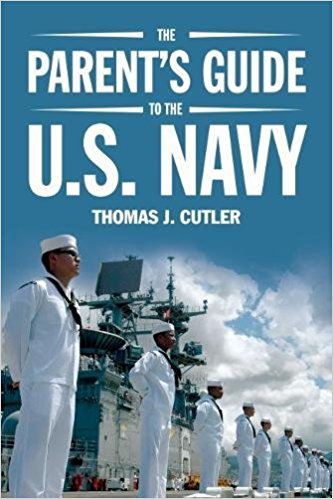 Parent's Guide to the U.S. Navy

Parents Guide to the U.S. Navy

Found this on Amazon!

Listening to a truly good book...nat Navy, but really tells the story of the formation and growth of hte 8th Air Force during WWII... 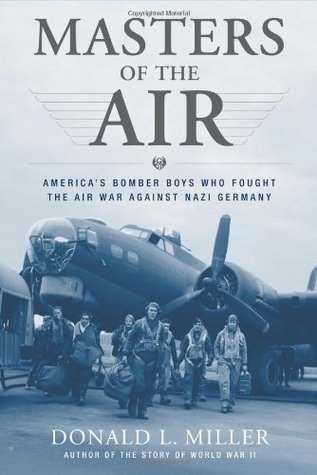 from GoodReads:
Masters of the Air is the deeply personal story of the American bomber boys in World War II who brought the war to Hitler's doorstep. With the narrative power of fiction, Donald Miller takes readers on a harrowing ride through the fire-filled skies over Berlin, Hanover, and Dresden and describes the terrible cost of bombing for the German people.

Fighting at 25,000 feet in thin, freezing air that no warriors had ever encountered before, bomber crews battled new kinds of assaults on body and mind. Air combat was deadly but intermittent: periods of inactivity and anxiety were followed by short bursts of fire and fear. Unlike infantrymen, bomber boys slept on clean sheets, drank beer in local pubs, and danced to the swing music of Glenn Miller's Air Force band, which toured U.S. air bases in England. But they had a much greater chance of dying than ground soldiers. In 1943, an American bomber crewman stood only a one-in-five chance of surviving his tour of duty, twenty-five missions. The Eighth Air Force lost more men in the war than the U.S. Marine Corps.

The bomber crews were an elite group of warriors who were a microcosm of America -- white America, anyway. (African-Americans could not serve in the Eighth Air Force except in a support capacity.) The actor Jimmy Stewart was a bomber boy, and so was the "King of Hollywood," Clark Gable. And the air war was filmed by Oscar-winning director William Wyler and covered by reporters like Andy Rooney and Walter Cronkite, all of whom flew combat missions with the men. The Anglo-American bombing campaign against Nazi Germany was the longest military campaign of World War II, a war within a war. Until Allied soldiers crossed into Germany in the final months of the war, it was the only battle fought inside the German homeland.

Strategic bombing did not win the war, but the war could not have been won without it. American airpower destroyed the rail facilities and oil refineries that supplied the German war machine. The bombing campaign was a shared enterprise: the British flew under the cover of night while American bombers attacked by day, a technique that British commanders thought was suicidal.

Masters of the Air is a story, as well, of life in wartime England and in the German prison camps, where tens of thousands of airmen spent part of the war. It ends with a vivid description of the grisly hunger marches captured airmen were forced to make near the end of the war through the country their bombs destroyed.

Drawn from recent interviews, oral histories, and American, British, German, and other archives, Masters of the Air is an authoritative, deeply moving account of the world's first and only bomber war.

Just started reading Death From Below, Vols. 1&2 by Del Laughery. Good, so far. Not your typical "professional submariners" tales, yet. Should be very enlightening and give me some good conversation w/my son. :)

I was getting rid of some boxes in the garage this past summer, and I came across something that my son left behind when he join the Navy. He had a copy of "Mein Kampf." Have any of you read it?

Glad the hand is getting better!  Finished Ardennes 1944- good book though written from the British point.  At least the ego-driven nature of Montgomery comes through though he's pretty brutal with Bradley. Currently listening to Spaceman by Mike Massimino - another good book. His personality comes thru! 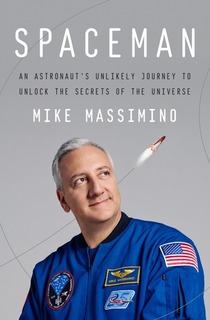 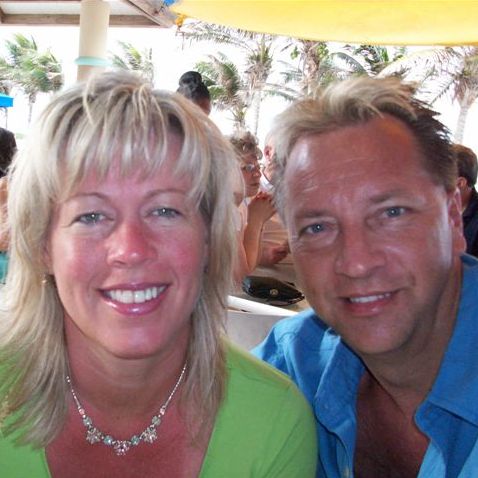